Been working on the main menu.  None of this stuff works except for navigation: 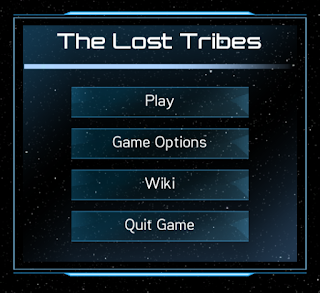 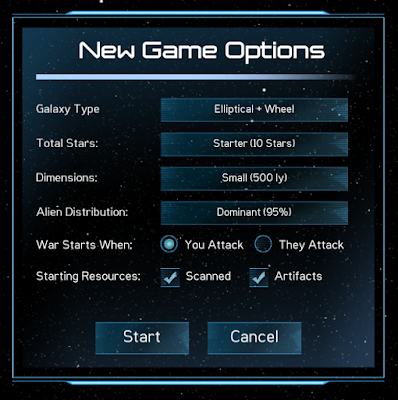 To me, the story is just as important as the game itself.  It sets the context for how and why the game works.

Your home planet is attacked by the Klunian Empire that needs slaves for its menial work in their society.  The tribes refers to the various groups on your home world that were taken and spread throughout the galaxy.  When you were attacked, you were placed in stasis and when you wake up, the Klunian ship you were in crashed onto a unpopulated planet.

All the Klunians were killed and the rest of the survivors remain in stasis.  An unknown time has passed and how far you are from your home planet is also known.

The story begins when you have gained access to the ship (the game's UI) and have learned the secrets of the Klunian Empire's technology.  They have an extensive amount of technology which makes mining and building cities easy, but what you must do is prepare this planet and solar system so that you can defeat the Klunian Empire and get back your Lost Tribes.

The game will be a unique take on the strategy, as you cannot just blow up the empire, as you have to also save the slaves from each planet.

In the options above, the player can start out with two advantages.